e-Tiling is software for creating large tiling images with high resolution.
It is an effective tool for your research and/or quality control when linked with optical/digital microscopes. 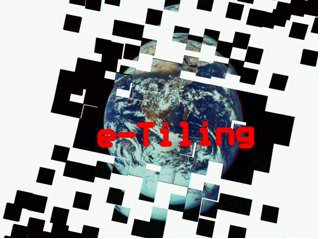 Image tiling software, e-Tiling creates large high-resolution images from separately captured images of the large samples which exceeds the view size of your microscopes.
e-Tiling can be an effective tool when cooperating with digital microscopes, SEM, TEM and etc.
It is compliant with various digital cameras (IEEE1394.b, USB2.0 and etc.） so that you can confirm the image tiling process by previewing the live images.
The number of images to be tiled is unlimited and the scan/capture pattern of the sample is flexible. The high-speed pattern matching algorithm recognizes the overlapping regions of the images and creates large images quickly.
The accuracy of the composite image is improved by the auto interpolation function and the shading correction.

This proprietary algorithm of pattern matching enables e-Tiling to recognize similar patterns located on multiple images. By using e-Tiling, you can get one large image of a huge sample without electric XY-stages and stage controllers. You can capture dividing images without concerning yourself with the scan pattern because e-Tiling quickly recognizes the overlapped parts within the images. The maximum size of the images is 100,000 x 100,000 pixels.

e-Tiling is compliant with USB2.0, IEEE1394.b cameras, etc. You can observe and capture images while previewing composite tiling-images, which enables you to confirm overlapped parts of the images.